I recently bought a Playstation 4 and started gaming again. I’ve never been an obsessive ‘gamer’ but something about the darker coming months of winter has made owning a console really appeal.

The choice of platform was partly driven by wanting to play Firewatch and No Man’s Sky, an expansive space exploration game that really intrigued me. The game wasn’t on my radar until its release - I’d missed the hype surrounding this game for the last couple of years, so didn’t have the high expectations that most reviewers seem to have. 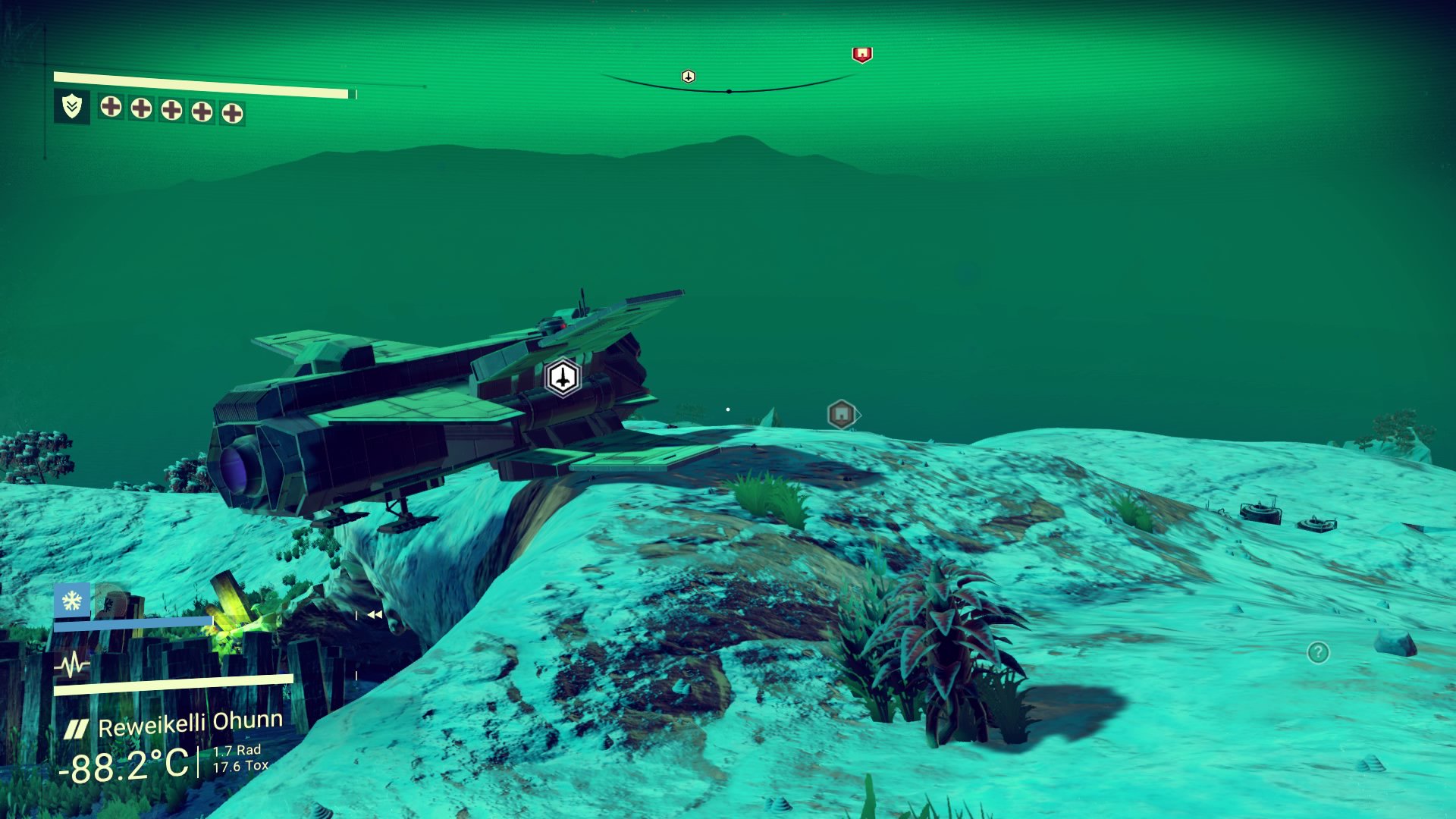 Over the course of a few weeks my experience went from wonder to boredom. I must’ve put in about 40 hours so far, and now the universe is feeling smaller rather than larger. Every planet I visit looks pretty much the same - I scan the same octagonal column of iron oxide as the last 10 planets, and it has a different name each time. The creatures look much the same - in fact I found the small evil spider crab that was a real git to me on one planet , in a larger (and more benign) form on another. The interactive parts of each planet are identical- the same Drop Pods, Shelters, Trading Posts, Monoliths etc.

My biggest problem though is with the constant resource hunting. The launch thrusters only last for 4 take offs, so you’re always on the look out for plutonium. On some planets this is plentiful, but on more recent explorations, much less so. Upgrades help - such as the life support enhancer that means I don’t have to top it up quite so much, but generally it feels like a grind. A repetitive plod to constantly keep topping up resources and managing inventory slots.

And yet - I’m still playing it. Why? Like Firewatch, there’s an element of the free exploration that feels relaxing (if I find a planet that isn’t too hostile). The desire to have a nice swanky big ship is another. Whether these are enough to hold my interest further remains to be seen.

This is the journal of Jon Hicks, one half of the creative partnership Hicksdesign.