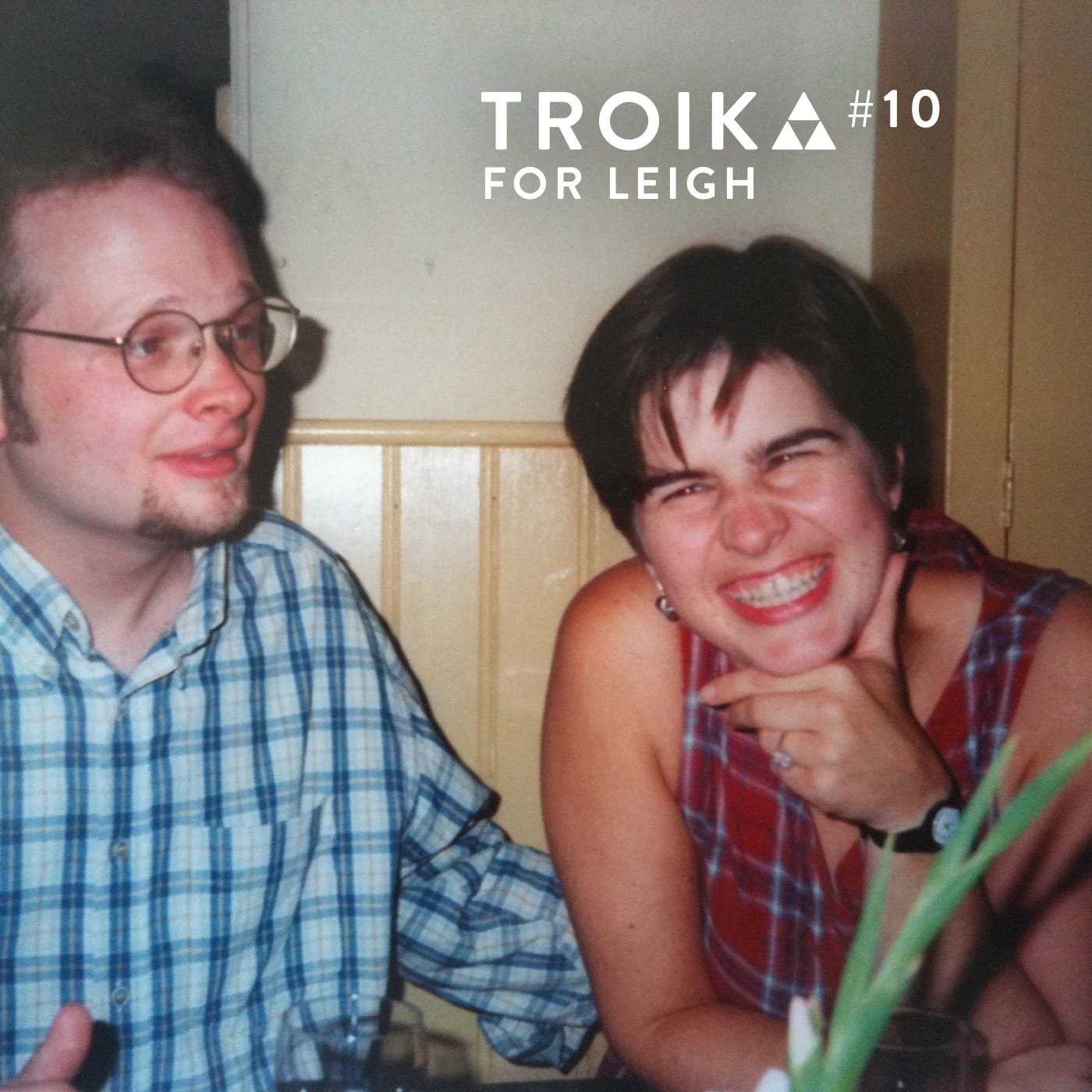 Eighteen years ago, I sold my car! It was a bright yellow early 70’s VW Beetle with Empi5 alloy rims (that might mean something to some people). I loved that car, but the long commute I was doing convinced me that I needed something that used less fuel, and went wrong less.

I was working for a charity in Leicester at the time, and through a colleague I heard that an ex-employee called Leigh was looking for a beetle. She was living in Oxford, and I was in Leamington Spa. Leigh came up to see it, and when she drove it away I realised I was sad, but not for losing the beetle. I had to see her again. Friends joked at the time I “just wanted my old car back”, but I’d met someone really special, and was bowled over. We married before a year was out :)

This Troika is all about songs that evoke that special time - May 1997. Meeting Leigh and those first few dates in Oxford.

This one’s for you Leigh!

Listen using the player above, download Troika #10: For Leigh as an mp3, Subscribe to Troika with an RSS reader or via iTunes.

Troika #11: All about the Bassists