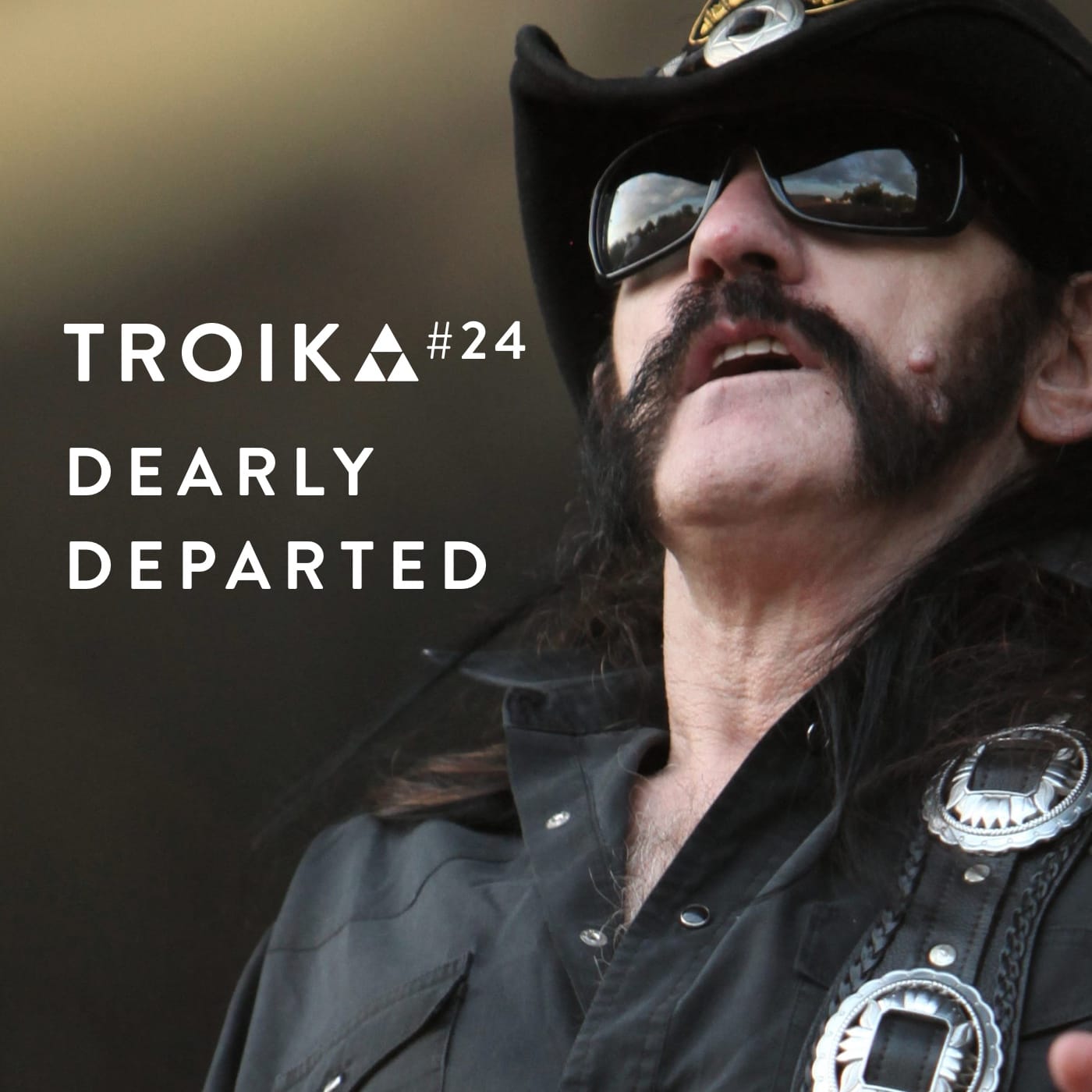 A bit of a delay in getting to this episode. I’ve hesitated over whether to do a full-on Bowie tribute as there are so many brilliant tributes already. It almost felt like jumping on the bandwagon. Instead I’ve bided my time, and its now evolved into a tribute to three people who’ve died too early in 2016: Lemmy Kilmister, David Bowie and Terry Wogan.

Listen using the player above, download Troika #24: Dearly Departed as an mp3, Subscribe to Troika with an RSS reader or via iTunes.