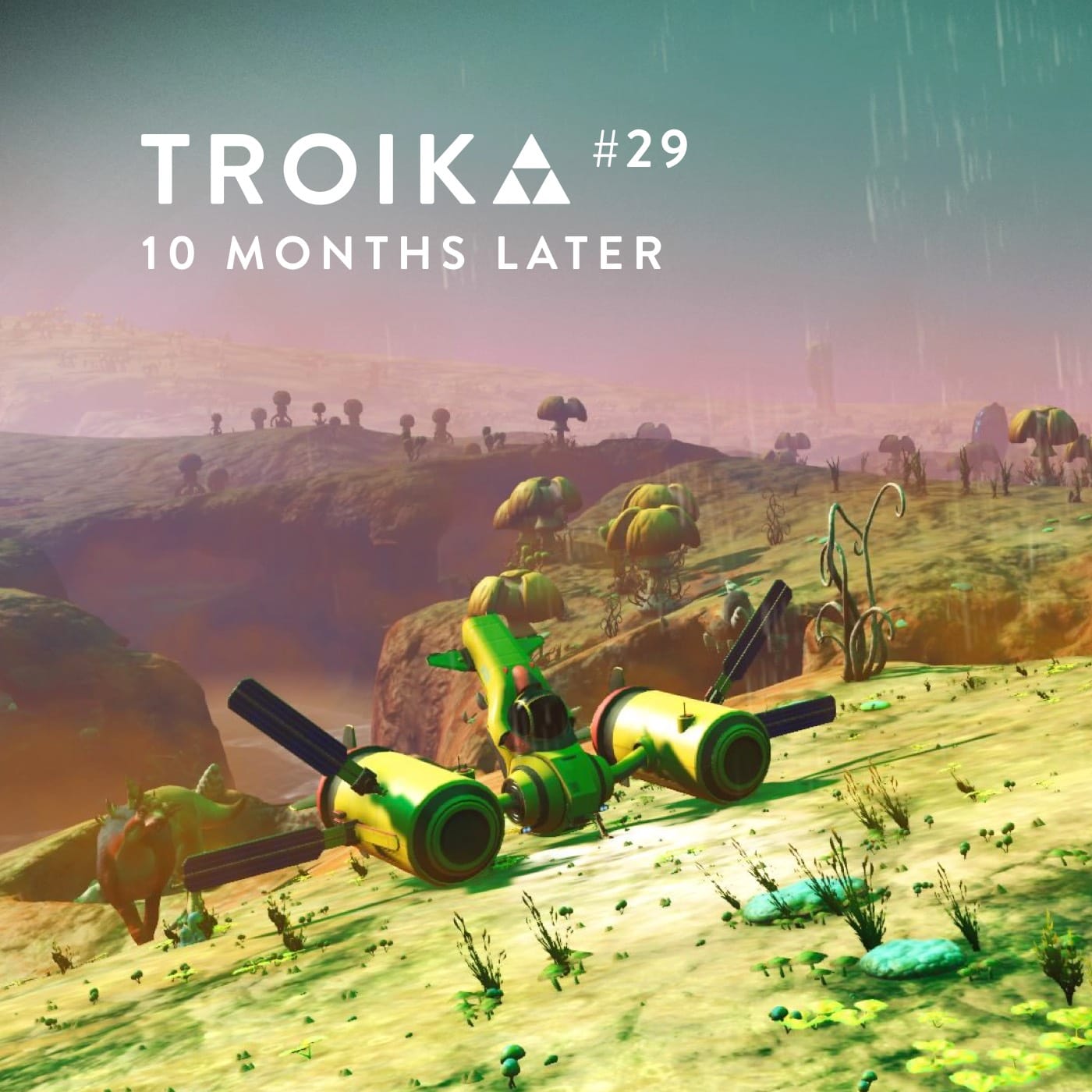 Wow, it’s been a while since I’ve got around to making an episode of Troika, 10 months in fact, and a lots been happening since then. So for this episode, I’ve chosen three tracks that represent what’s happened since the last one!

The last episode was released on the night before the UK voted in the EU referendum, and I guess you could say its all been downhill since then. The shock of waking up that morning to hear that such a narrow majority had meant us giving up on everything that we’ve achieved together. Yes, I’m a remainer for sure.

Then I also got the news that my long running relationship with Opera Software was coming to an end. They were closing all the remote teams and focussing on having everyone in one office., which floored me completely. I’d been working part time as a consultant for 5 years and then full-time as a Design Team lead for them for almost another 2 years. It wasn’t an easy job - in fact it was extremely challenging for a few reasons, but at the end of the day I worked with a fantastic team of people on a product I believed in. It was great, and I miss it a lot.

’Through City Lights’ is a sombre-sounding song from The Amazing’s 2016 album ‘Ambulance’ which was very much in my head as my tenure came to and end. It felt very sad at the time, but now I can listen to it and feel positive. It’s taken on a new persona thankfully!

So after Opera, It really felt like starting from scratch again, building up the business. After being unavailable for so long, the work enquiries had pretty much dried up and I had to do the thing I’d never had to do (consciously) before - self-promote. One thing I’d forgotten about freelance work, was how you could talk to lots of enthusiastic people about possible work, and yet never hear from them again. You have to keep so many irons in so many fires, and hope that enough works out. It isn’t easy, and I miss the teamwork.

Since October (when I got a PS4 for my birthday) I’ve been playing a lot of No Mans Sky. It’s been slated by the press and gamers alike, but I really took to this chilled space exploration game, and over the coming months out in quite a few hours on it. I found it really relaxing to play. One of my favourite features is ‘Photo Mode’ where you can art direct the perfect screenshot of gameplay. The cover for this episode is shot of my starship on some god forsaken but colourful toxic-raining planet.

I think I’ve finally had enough the game now, as every planet and its inhabitants look the same, and the constant resource hunting mechanics of the game are feeling tedious. However the soundtrack, created by 65daysofstatic, is something I’ll never tire of. I’ve chosen the final track ‘End of the World Sun’.

I share an office in Witney with several other freelancers. It’s something I’ve been doing since the Rissington days - finding others to co-work with. We’d been in our current one for 6 years, but in November, our landlord told us he wanted to develop them into flats to sell on, so we had find somewhere new to work. Where we live isn’t easy to find decent work spaces - its not London, Bristol or Brighton. You either find squalid cold rooms, or large out of town business parks for mid-large companies. A decent space for 5 is hard to find, but we thankfully found somewhere.

So as of mid-February, we’ve all moved into our new place, and its been great. Apart from getting modern amenities like heating, double glazing and hot water, it’s a nice change of scenery. The last song on this episode is one that I associate with this period. It’s from Rogue Wave’s 2016 album ‘Delusions of Grand Fur’, and one that I’ve played to death in the office, ‘California Bride’. The general sound sums up where I am now - positive, hopeful and enjoying the new variety of work coming in.

Listen using the player above, download Troika #29: 10 Months Later as an mp3, Subscribe to Troika with an RSS reader or via iTunes.