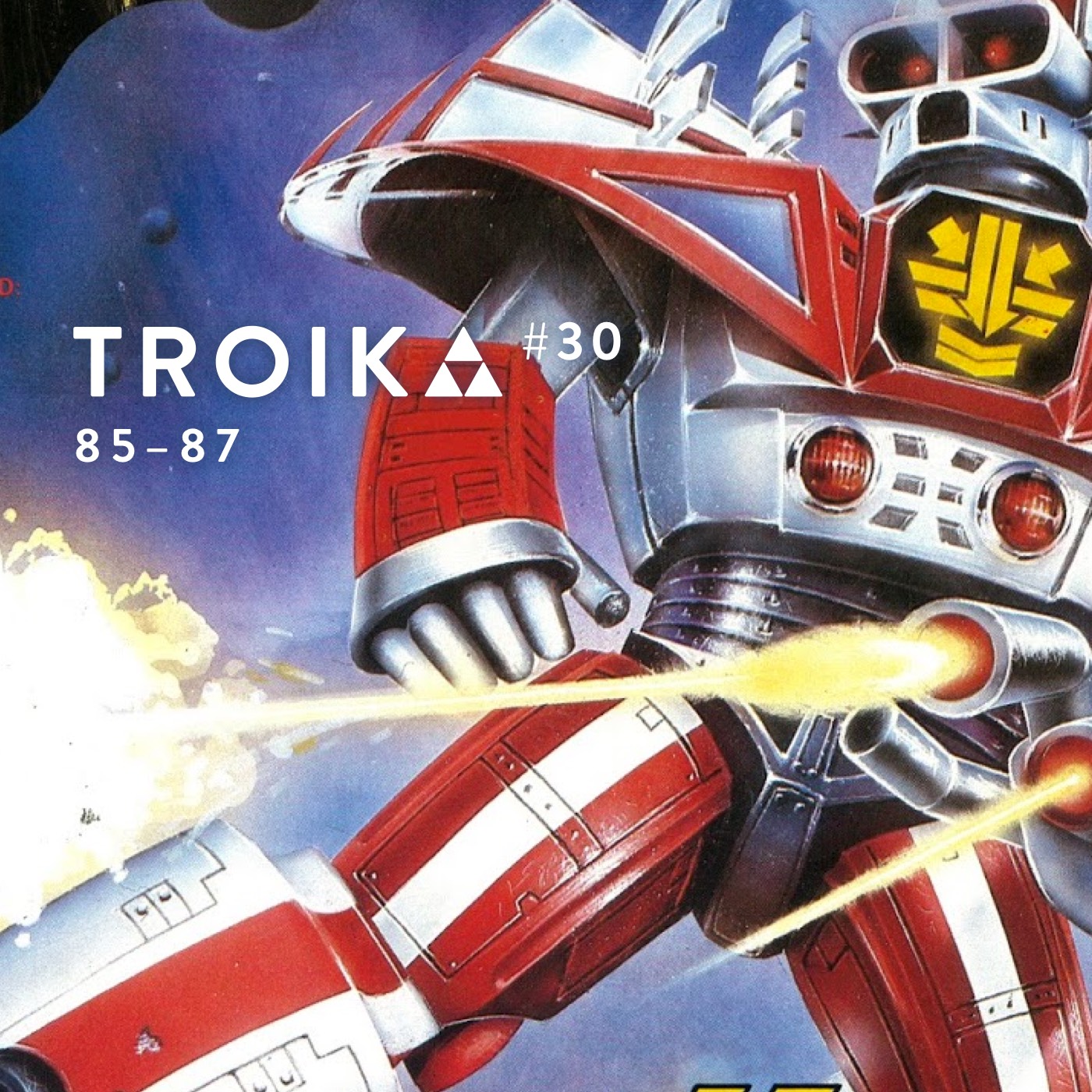 A lot of Troika episodes are auto-biographical, and this one is no exception. This time, I want to revisit the years 85, 86 and 87, when I was a fan of three bands, all roughly linked in a family tree.

In 1985 I was 13. I hadn’t even heard of the Clash when I got into Mick Jones’ new band, Big Audio Dynamite (B.A.D). After listening to the single ‘E=Mc2’ on the radio I tracked down the album, which in those days meant borrowing the tape from the local library. I didn’t have a lot of money to buy music back then, and you could, ahem, play it in a tape to tape machine.

BAD were one of the first bands in the UK to use non-musical samples, such as dialogue from films, which they mixed with punk, rock, reggae, hip hop and funk. I hadn’t heard anything like it, it was fresh and exciting. ‘Bottom Line’ is may favourite from the first album, although ‘No 10 Upping St’ was my favourite. That however, was 1986, and there was another band that I wanted to play…

Mick Jones was friends was Tony James from Generation X. While Jones was busy forming B.A.D, James was forming his new band Sigue Sigue Sputnik. It was Tony that suggested to Mick that he hook up with Don Letts, and the Sputnik keyboard player Yana YaYa came up the the name, ‘Big Audio Dynamite’.

Sputnik were probably the first band I was really, really into, in the-posters-on-wall, and must-collect-everything-they-release kind of way. B.A.D aside, I found a lot of music in 1986 bland, banal and dull. There was great stuff out there of course, I was just too young to understand the genius of The Smiths or Cure, and I wasn’t aware of The Cocteau Twins or Jesus and Mary Chain. All bands I would come to love in years to come, but in 1986 they weren’t on my radar.

Then along comes a new band, that were into the things I was into: Sci-fi like Blade Runner and Terminator, Japanese Robots and they looked like nothing else I’d even seen before. They were futuristic and exciting, and I particularly loved the style of guitarist Neal X. He was the epitome of cool when I was 14.

Now looking back, their first album wasn’t exactly a musical masterpiece. It was a mish mash of random lyrics, synth drums, movie samples, explosions, two-note dub bass lines and Rock N Roll guitar riffs. In fact, I know of no one else (then or now) who liked them, and everyone seemed to hate them. Nevertheless, 1986 was the year that I played this particular track, Atari Baby, to death. (Literally, it was on tape and the tape just wore out).

Now onto 1987! Bob ‘Derwood’ Andrews started his music career guitarist for Generation X. Tony James went on to form Sigue Sigue Sputnik, play bass for the Sisters of Mercy and team up with long term pal Mick Jones to form Carbon Silicon. Billy Idol did very well for himself as a solo singer and wedding organiser.

Derwood met up with American singer, Elizabeth Westwood, and formed Westworld, (named after the Yul Brynner film, now a very popular HBO series) and focused more on updating a 50s guitar sound for the 80s: ‘Beatbox Rock n’ Roll’ they called it. Their first single ‘Sonic Boom Boy’ was a big hit, but subsequent singles failed to match it’s success. At the time it felt like a more socially acceptable band to be into

This last track from their first album is just under 2 minutes, and aside from ballads like ‘Silver Mac’ is one of their best songs. It encapsulates their sound, has a good time, but doesn’t outstay it’s welcome. Boom!

Listen using the player above, download Troika #30: 85–87 as an mp3, Subscribe to Troika with an RSS reader or via iTunes.