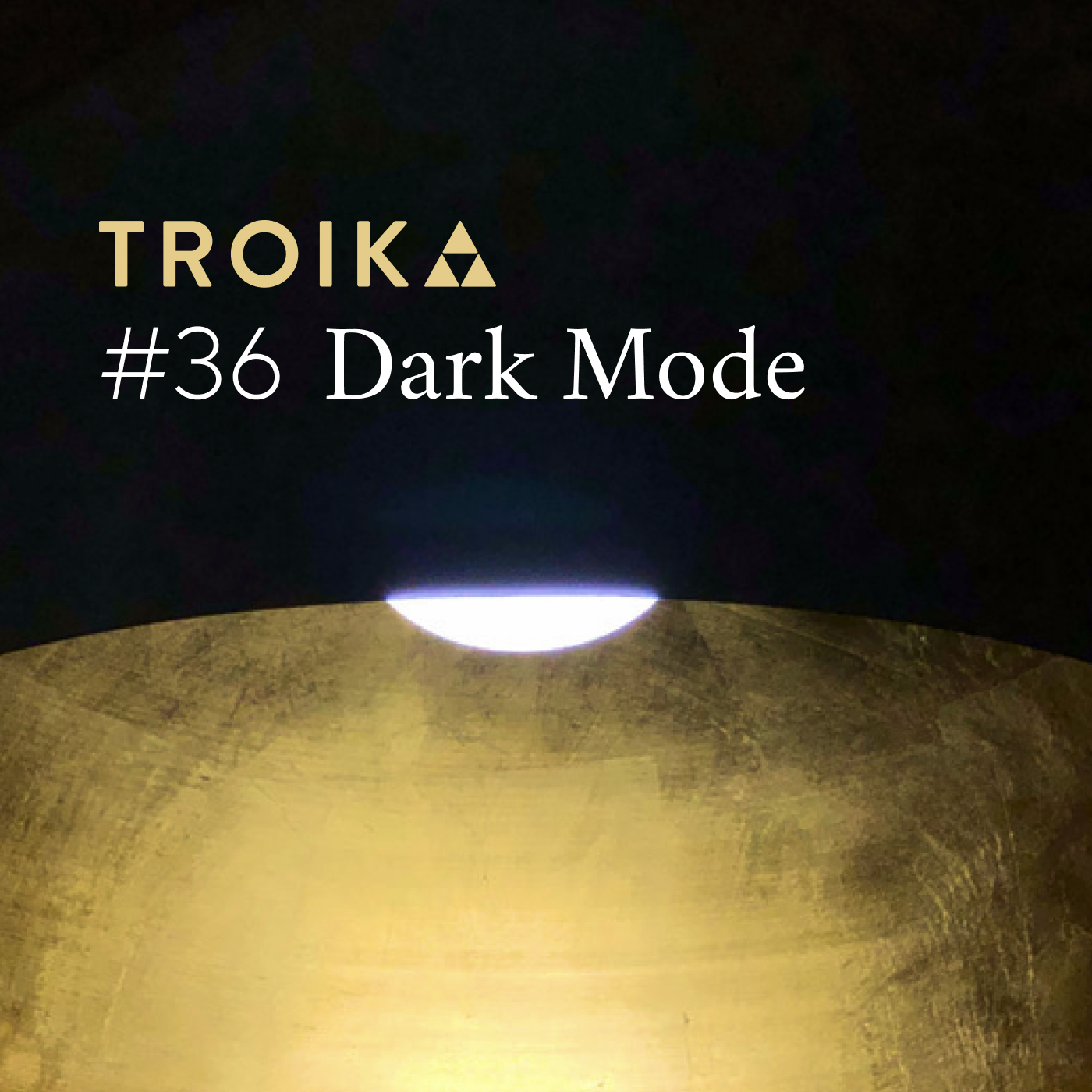 I've called this episode Dark Mode, partly in a nod to the UI trend, but mostly because as we enter Winter, light feels in short supply. I've already themed two Troika's on ambient/drone music, and this is the third (and won't be the last). This is the music that gives me comfort and escapism in the dark times.

Listen using the player above, download Troika #36: Dark Mode as an mp3, Subscribe to Troika with an RSS reader or via iTunes.