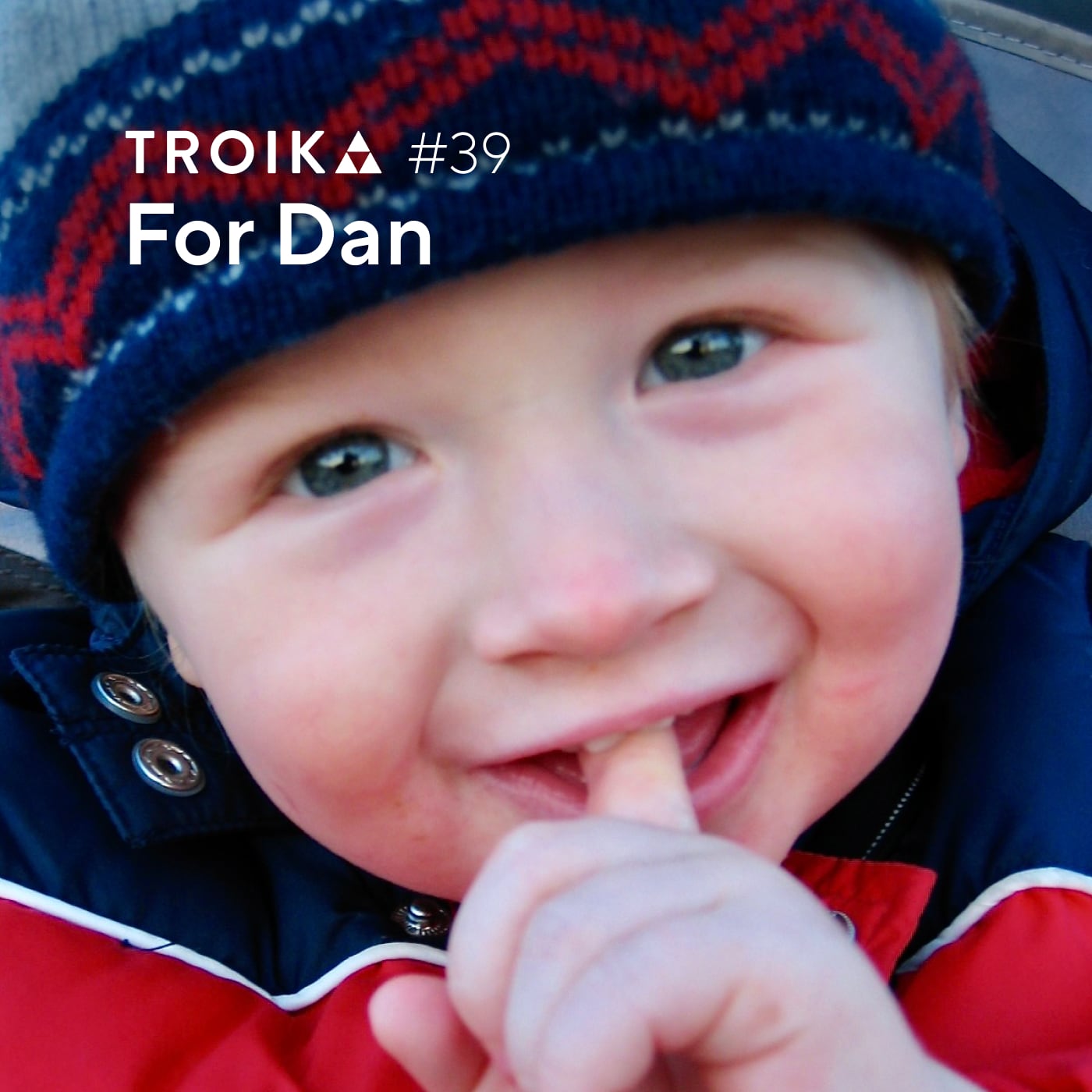 Today is my son Daniel's 18th Birthday, so I couldn't let the event go past without marking it with an episode of Troika dedicated to him! It would be a cliché to talk about how I can't believe 'our little boy' has reached 18, but I CAN'T BELIEVE HE'S 18!

Just as with Samantha, we have a shared love of music, and there's definitely a large overlap on the Venn diagram where our tastes meet. We're always swapping playlists and recommendations, and it was Dan that introduced me to the Vaporwave genre with artists like Home and A.L.I.S.O.N.

This is the first Troika where the songs are all chosen by someone else. I put the question to Dan "If you were only able to listen to three songs at the moment, what would they be?". I suspect there's an element of dad-pleasing here, gawd love him!

The audio in the intro is taken from the episode of "I'm Alan Partridge when" Alan sees his friend Dan in a car park. That scene turned out to be prophecy, as I went through the same experience once Dan started using headphones! There's also a couple of audio snippets of Dan from old home movies, when he was four years old. It was a long monologue about a "T Wex" dinosaur toy that was very, very soft.

Hidden track - Dan used my Spotify account when he was 10, and there was one particular track that he seemed to leave on repeat. It still features in my 'all time listens' Spotify playlists. This is that track ;)

Listen using the player above, download Troika #39: For Dan as an mp3, Subscribe to Troika with an RSS reader or via iTunes.

Troika #38: The Besnard Lakes are…