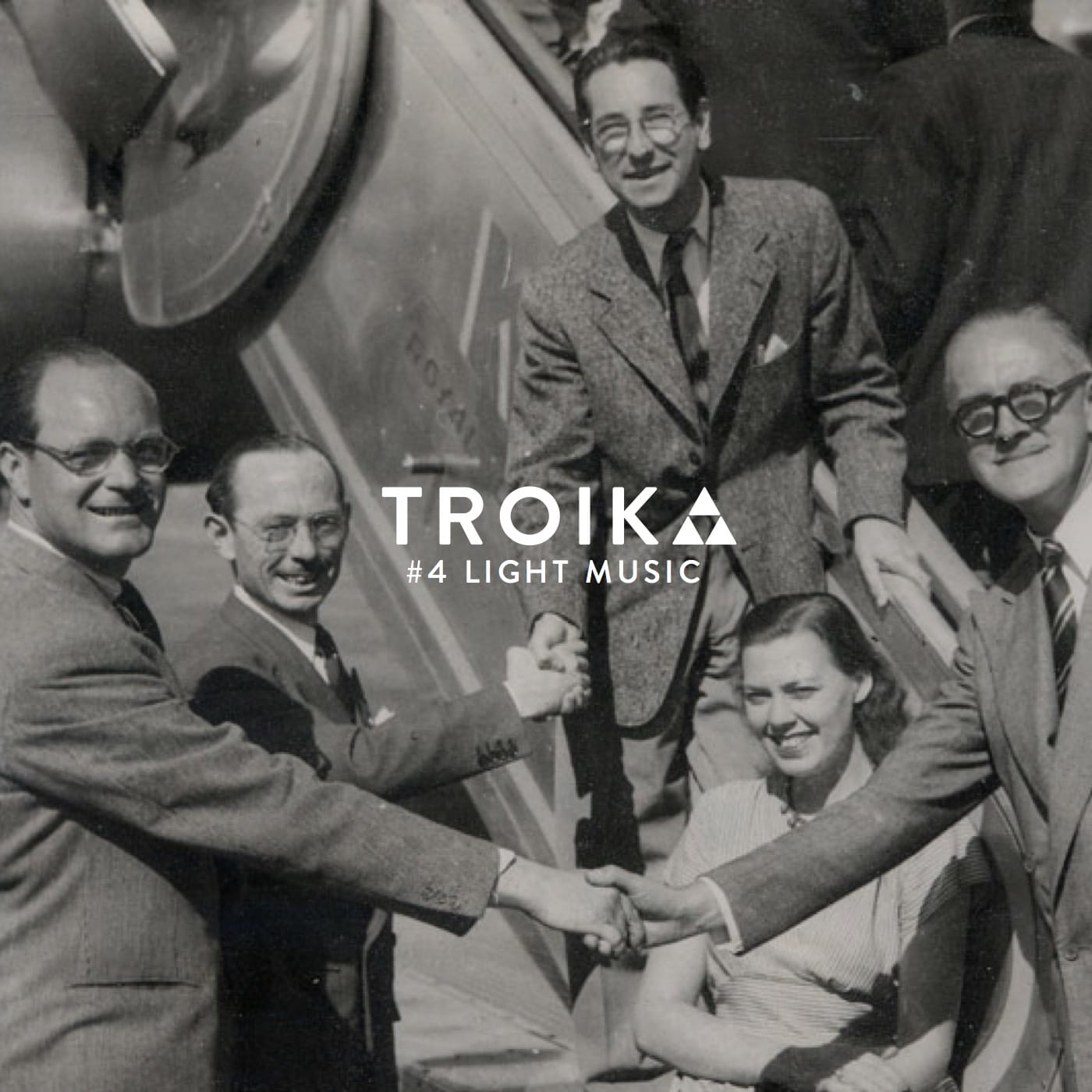 So welcome to Troika Episode 4! This one is all about a genre called ‘Light Music’, a form of orchestral music that was at its height in the 1950s and 60s. These were shorter, lighter, more whimsical pieces of music, often used in the soundtracks of films and Pathe News reels. That opening music was ‘Puffin Billy’ by Edward White, and is probably the most widely known of the genre. Even if you don’t what it is, you’ve probably heard it. Pixar used it in one of their early ‘shorts’ Tin Toy. It says picnics and ginger beer to me.

It has a certain ‘British’ feel, but wasn’t a ‘British’ scene exclusively, as the second example shows. It’s from French composer Roger Roger (Rogeur Rogeur?) who created the BBC test card music that was used in the 70s! He was also an electronic music pioneer, and developed Moog synth music under the alias of Cecil Leuter. You can hear this crazy work on YouTube. It sounds like Squarepusher from the 1960s! Anyway here he is with ‘Place de Clichy’ which is kind of the soundtrack in my head when I’m walking around town.

The last piece is from Dennis Berry (who is featured on the cover of this episode, at the top of the group) called ‘Bright Lights’. His themes cover quite long period, and can be heard in places as diverse as Little Britain and Spongebob Squarepants, and also collaborated with Roger Roger.

Till next time, pip pip!

Listen using the player above, download Troika #4: Light Music as an mp3, Subscribe to Troika with an RSS reader or via iTunes.