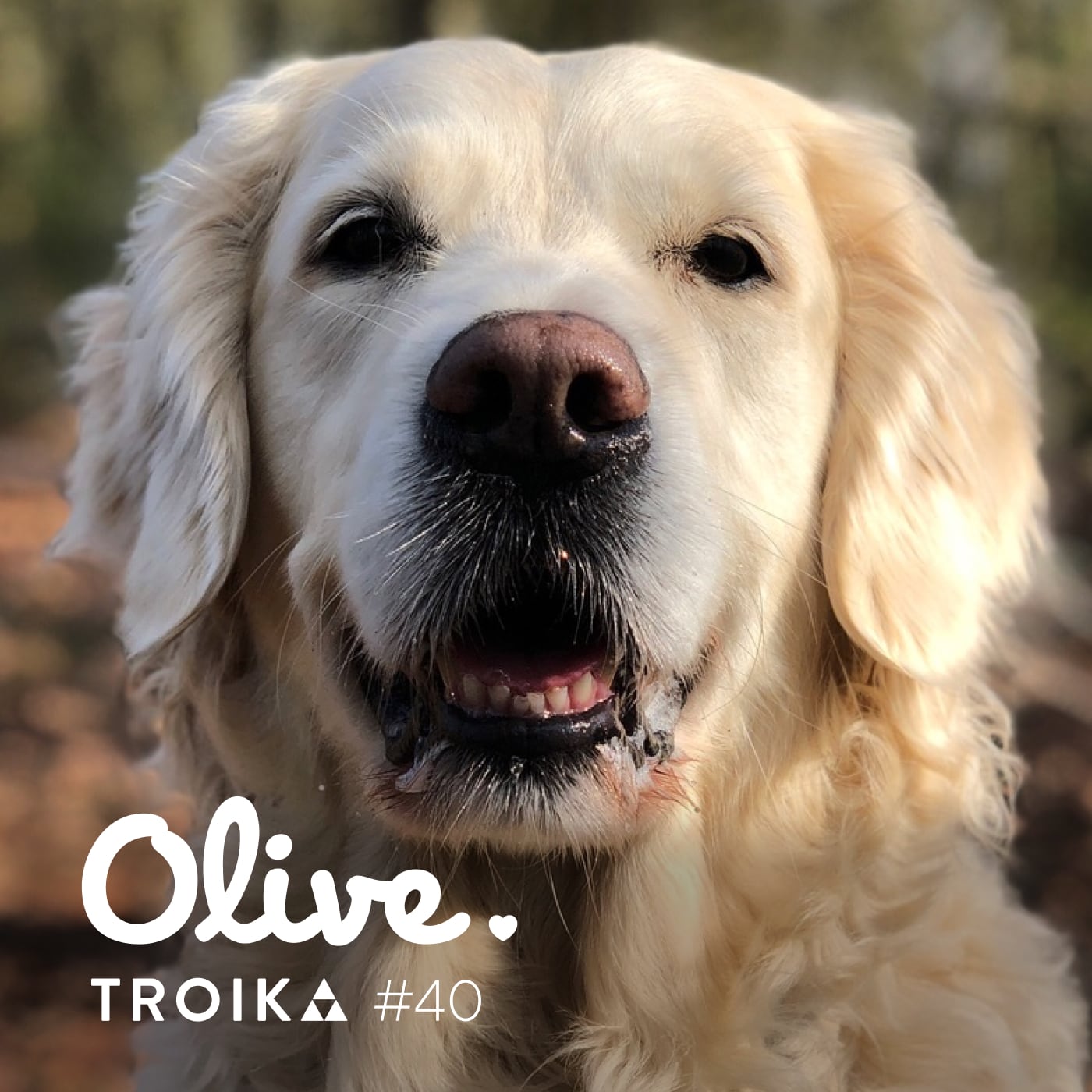 We had to say goodbye to our beautiful golden retriever Olive a few weeks ago. She really was the goodest of girls and the fluffiest of floofs, but at only ten years old, we thought we'd have more time with her. In the end, we had three more precious weeks than her diagnosis promised.

Anyone who's lost a beloved dog knows what this is like. There was literally no part of our lives where she wasn't present - so we're still trying to work out how we live life without her. Expecting to see (and hear!) her tail wagging as she senses us coming closer. As part of the Hicks family, she deserves her very own episode of Troika.

Listen using the player above, download Troika #40: Olive as an mp3, Subscribe to Troika with an RSS reader or via iTunes.