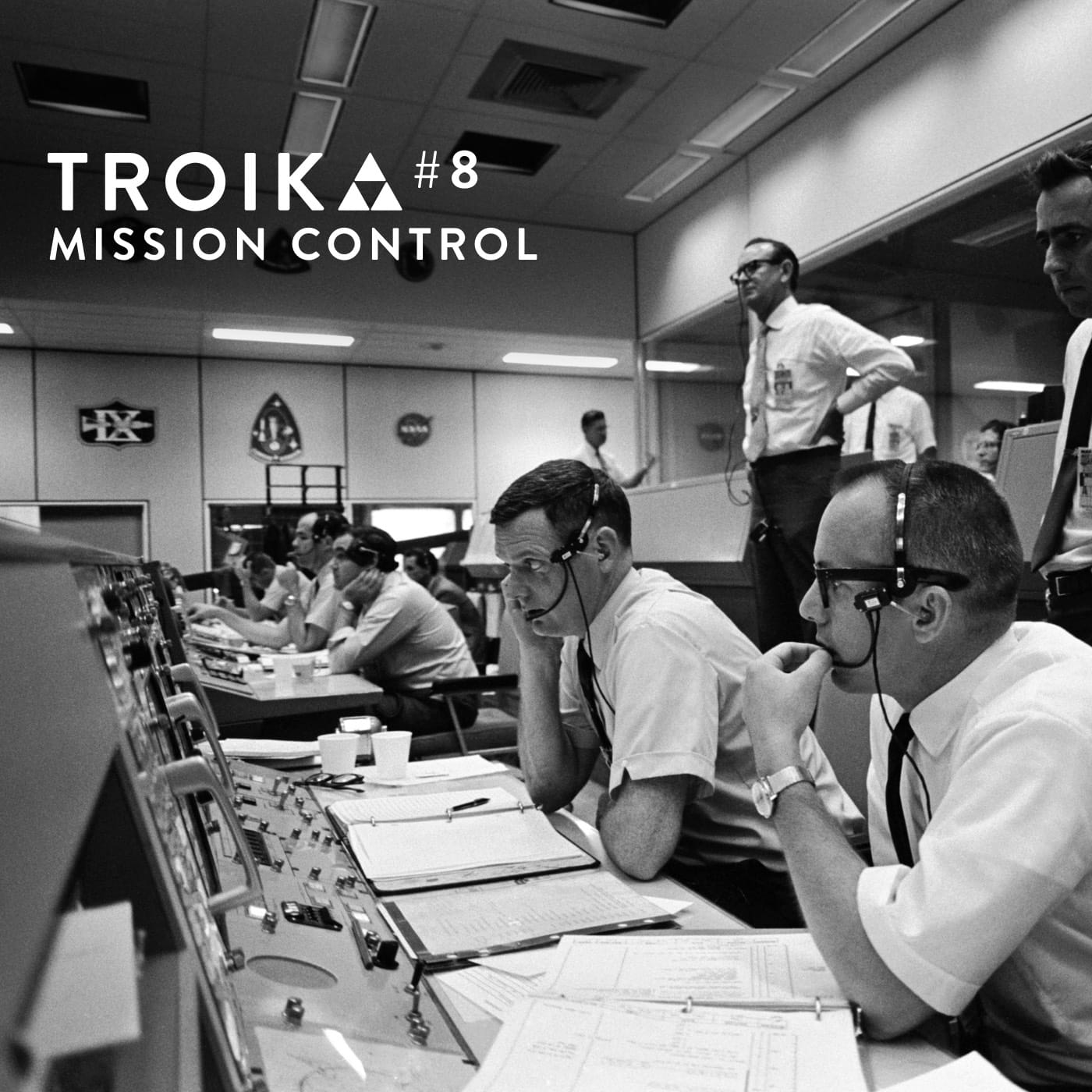 Headcold has gone, so back to having the speaky bit this week! This episode of Troika is a collection of music that uses NASA samples. A few years NASA released these online for free, but surprisingly few artists have used them, but here’s three of my favourites!

The first track is “Space Walk” by Lemon Jelly, which samples Ed White’s reaction to the first ever space walk on the Gemini 4 mission in 1965. He floated tethered to the Gemini for 23 minutes and enjoyed it so much, he described the order to end the walk it was the “saddest moment” of his life.

Then we have “V1 | 130” by Geremia Vinattieri. This was released as part of the Space Songs EP from Bad Panda records. The EP itself is free to download from Soundcloud too, and its all made from NASA samples. Apart from a short snippet of dialogue at the start, this one is all about the sounds. While there is no actual sound in space, everything vibrates and emits frequencies that can be translated into sound, and in this case they come from the Voyager 1 mission (hence the ‘V1’) that launched in 1977.

The final track, called simply ’Go’, comes from Public Service Broadcasting‘s second brilliant album ’Race for Space’. It uses samples of the hubbub of Mission Control, the various checks that need to be made. I’m sure it sounds like one of the checks is for ‘Ginseng’ though?

I could’ve included tracks like ‘Contact’ by Daft Punk, but the amount of sample used is very small, and it only appears at the start. There are other artists that combine sounds of space with music, notably The Kronos Quartet’s Sun Rings which uses sounds from NASA, including recordings of plasma wave sounds by the Voyager probe. It was just a bit long for what intends to be a short podcast!

Listen using the player above, download Troika #8: Misson Control as an mp3, Subscribe to Troika with an RSS reader or via iTunes.